HS Special Education teacher Jeff DiPaola and founding club members–students Gabe LoBaido, Jack Kislowski, and Adam Salorio–were instrumental in getting this retro club up and running. But, what exactly is Strat-O-Matic? It’s a club designed around a baseball card game that relies on a realistic simulation of statistically accurate baseball. It has been around since 1961 and some people refer to it as the original fantasy sports game. Since the club’s inception at BH-BL a couple of years ago, DiPaola has doubled membership (both students and faculty), gotten involved in major fundraisers at the school, and now has won the national t-shirt contest for the team’s design. 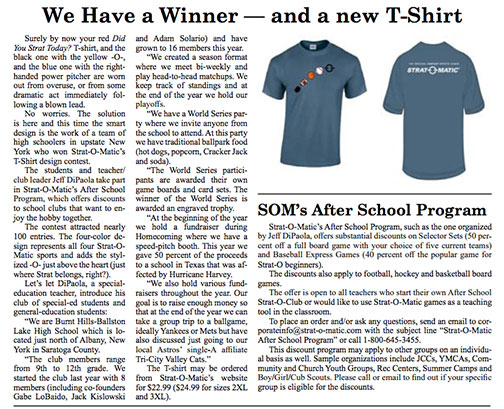