Meetings of the Board of Education’s Budget Advisory Committee continued this week as district leadership also continues to prepare for the possibility that the district may face a cut in NYS aid of up to 20 percent. 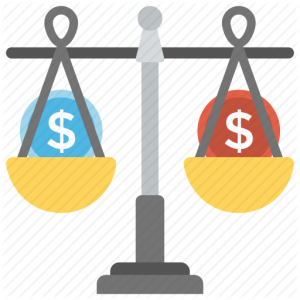 “The possibility that the district will face a multi-million dollar reduction in state aid this year is still very much unknown,” explains Assistant Superintendent Dr. Christopher Abdoo. “There’s a chance that New York state will fare better than expected and there could also be some federal support, but without knowing for certain it’s extremely important that we be prepared for a significant loss in revenue for the 2020-21 school year.”

With this in mind, the committee suggested further exploration of four broad areas over the coming weeks:

Superintendent Dr. Patrick McGrath reminded the committee early in the meeting that the charge from the Board asked the committee to review possible strategies for addressing a significant state aid cut and to provide feedback on the pros and cons of each strategy. McGrath emphasized that we would be exploring these topics in no particular order. “There is no ranking or preference for any of these options. We have to start somewhere and over the next four meetings we will work our way through all of them,” McGrath said.

At the Budget Advisory Committee on Tuesday, Oct. 27, co-chairs David Versocki and Lakshmi Nagarajan led the group through an exercise to review the first of these categories–Short-term Structural Changes. The three specific ideas explored were pivoting to fully remote learning at some point during the 2020-21 school year; reducing the school week to a 4-day week; and ending the school year early.

If the district pivoted to fully remote learning (for example, from January through June 2021), this delivery model would require fewer faculty and staff thus resulting in layoffs or furloughs of support staff, teachers, and administrators. This option would be similar to what the Albany City and Schenectady City Schools are currently doing for budgetary reasons. The entire district would be impacted by this option and reductions would be made across the board, although under this approach some departments would be impacted more than others. One potential example showed the furlough of all bus driver and monitor positions, a large percentage of teaching assistant positions, custodial positions, 50 percent of food service positions, all playground monitor positions, 50 percent of nurse positions, and all security monitor positions. It would also eliminate all temporary positions recently added to accommodate the needs of both hybrid and virtual learning. This model would consolidate teaching positions and also reduce or furlough several administrative positions.

All of those reductions would result in an estimated $4.8 million expense reduction or savings. Superintendent McGrath emphasized that this was just an example, that variations on this strategy could take many forms and durations. The intent was to use a large scale example to give the committee a sense of scope.

Members of the committee raised many concerns and objections to this plan. President of the local CSEA, Peg Ostrom, pointed out that this strategy, if used alone, placed a disproportionate burden of reduction on support staff members. “We are all willing to do our part…and I know this is just for everybody to get some ideas,  but I don’t think support staff should be taking on 90 percent of the reductions,” Ostrom commented.

Another possible model discussed was a pivot to a shorter school week. The district could alter the school day schedule so it operates on a four-day a week schedule but with longer weekday work hours to continue to fit in the required instructional hours each week. In doing this, transportation, custodial and food service payroll expenses might be reduced by 20 percent. Additionally, one less day of transportation would result in 20 percent reduction in mileage-related expenses monthly. Furthermore, one day of full building closure per week might result in a reduction of natural gas expenses by 10 percent, and electricity costs reduced monthly by 5 percent.

It is unclear at this point whether the district would be further penalized in NYS aid for having less than 180 school days, even if the days were longer.

This type of schedule would lead to a more modest savings than a fully remote delivery. Abdoo estimated the option could result in an estimated savings of between $500,000 to $1 million depending on the specific structure and length of the change.

End the School Year on May 31

A third variation on structural changes discussed involved reducing the total school year by one month, ending school and closing all buildings on May 31, 2021. This option would result in laying off or furloughing all 10-month employees on May 31 with the understanding that they would return to work on Sept. 1, 2021. This model would also furlough the vast majority of 12-month employees from May 31 to June 30, 2021. The small group of 12-month employees that would need to remain would be asked to accept different concessions through June such as reduced salaries, higher health insurance contributions, etc.

As with the four-day week option, it was unclear whether the district would have state aid further reduced for having less than 180 school days. It was also noted that this option would only be possible if Regents exams were cancelled.

It was pointed out that this option spreads the burden equally across all employees, but it does so at a cost. It may result in a significant loss of employees as they seek other employment.

This plan would also affect the amount of content teachers would be able to cover as many of the typical year-end events would be moved up into May. It would also reduce many opportunities for students at the end of the school year.

This option could potentially reduce expenses in the range of $4 million to $5.5 million depending on how health insurance might be handled in a furlough situation. For example, the school district could agree to carry the health insurance of all affected employees for the duration of the furlough.

A benefit of this model is that it would allow the district to wait longer to see if the threatened state aid cuts become a reality before reducing programming for students.

Board Vice President David Versocki cautioned: “None of these are good choices. Nothing we will be exploring over the next four weeks is in any way definite or specific. These are all just ideas. The Board of Education would like to hear the pros and cons of each approach from a wide variety of our stakeholders.”

At its next meeting in November, the committee will discuss revenue increases, which includes taking a closer look at the district’s fund balance, educational opportunities as revenue sources, property tax, lobbying efforts for federal and state financial support, and how to use existing district resources (facilities, food service catering) to generate revenue.

Committee Topics of Discussion and Timeline