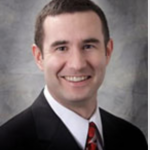 Patrick is serving his second term on the BH-BL Board of Education.

A resident for more than 15 years, Patrick served as the Ballston Town Supervisor from 2014 to 2015 and as Treasurer of the Saratoga County Water Authority from 2014 to 2016.  He also helped form the Stop Common Core ballot line in 2014 while managing a regional office for Gubernatorial candidate Rob Astorino and spent two years as the Field Representative for Congressman Chris Gibson.

Patrick has spent nearly 20 years in higher education finance and currently serves as a Market Relationship Manager for Wells Fargo. He holds a master’s degree from the University of Albany and is completing his doctorate in Educational Leadership and Policy, also at UAlbany.

He and his wife Mary have three children in the district.  William is a high school senior and Vice President of Nerd Club, Katherine is Class President of the freshman class, and Freddy is a fourth grader at Charlton Heights. 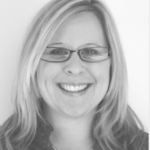 Longtin is serving her fifth term on the Board of Education.

She is a 19-year resident of the district and is the owner of the Lighthouse Insurance Agency, LLC, an independent insurance agency.

Longtin has spend many hours volunteering in BH-BL classrooms and has been a long time homeroom parent.

She holds a bachelor’s degree in business and is a member of the BH-BL Business & Professional Association.

Longtin  lives in Ballston Lake with their three children–twins who graduated from BH-BL in 2022 and a daughter who attends the high school. 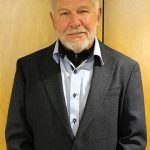 Don is serving his second term on the BH-BL Board of Education.

He served as a teacher in the Peace Corps in Africa after graduating from Butler University. He also holds a master’s degree in social work from Syracuse University and worked as an educator and therapist with at-risk adolescents and their families his entire professional career. He recently retired after nearly 30 years as Executive Director of The Charlton School.

In the past, Don was involved in leadership roles within the community youth sports programs and served on several school committees. He has also served on a statewide NFP Board of Trustees.

He, and his late wife, have lived in Burnt Hills for nearly 30 years. He has three grown children who all graduated from BH-BL High School. 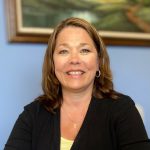 Lisa is a 17-year resident who is serving her second term on the board.

Before becoming a Real Estate Agent, Morse was a special education aide at Gordon Creek Elementary School in Ballston Spa and previously worked at the Glenville YMCA. She has an associate’s degree and a paralegal degree from Herkimer Community College.

She was a member of BH-BL’s 2013 Capital Project Committee and a past member of the Scotia Rotary. Morse is currently a baptism ministry coordinator at the Church of Immaculate Conception, treasurer of the Field Hockey Booster Club (past president) and a certified USA Swim Official. She lives in Glenville with her husband and has a son attending the high school, a daughter attending Pashley, and three children who are BH-BL graduates. 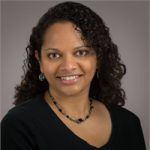 Lakshmi is a 15-year resident who is serving her first term on the board.

She is an officer for both the O’Rourke Middle School and BH-BL High School PTAs and is involved in many school-related activities.

Lakshmi is the Director of Operations at Holistic Wealth Advisors, and is a Certified Financial Planner. She holds her Masters in Business Administration from the University of Connecticut.

She and her husband, James Vilics Jr, have two children in the district. 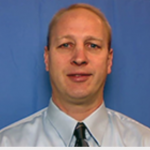 Dave is serving his second term on the board. Before becoming the Director of Technology at Capital Region BOCES, he was a school administrator and a high school math and computer teacher.

Versocki is a 1986 graduate of BH-BL High School. He holds a BA from Hartwick College, a master’s from Union College, and earned his Administrative Certification from Massachusetts College of Liberal Arts.

In the past, he was a co-chair of BH-BL’s 2013 Capital Project Committee, a member of the Galway Lake Sailing Club, and a coach for the Burnt Hills girls travel basketball, youth softball, and youth lacrosse teams. Versocki is a lifelong resident, and he and his wife, Amy, have a daughter who graduated from BH-BL High School in 2021. 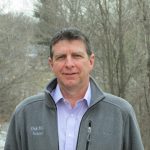 Dave is serving his first term on the Board. He has been a BH-BL resident for 22 years and is the Executive Director of the Oak Hill School.

David has his Bachelor’s and Master’s degrees from SUNY Plattsburgh as well as certifications in Special Education and School District Administration. David is a member of the Elks Club and is a former East Glenville Fire Commissioner.

He also volunteers as a travel coach for youth baseball and basketball teams, and is involved in Junior Achievement at Pashley Elementary School. David and his wife, Brande, have five children, four of whom graduated from BH-BL.

Board of Education Links