During a recent Rock Your Math event in Mrs. Sala’s fifth-grade classroom, the students “rocked their math” skills by reviewing place value skills, reading and writing numbers in their various forms, and using math vocabulary to solve problems. 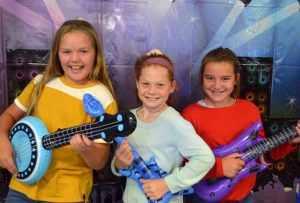 Tapping into their writing skills as well,  the students continued to generate seed ideas that could be used in their first unit of study, narrative writing.  The class brainstormed about when they feel like “rockstars”, what they “rock” at, and the times when they were a “rockstar”.  At the end of the day, the students celebrated by having their own rock concert to some classic 1950’s Rock n’ Roll music. 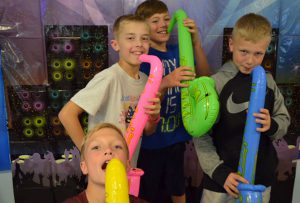 “The class worked really hard and was very productive,” said Mrs. Sala.  “The smiles on the kids’ faces and their reactions to the room decorations and props were priceless.”