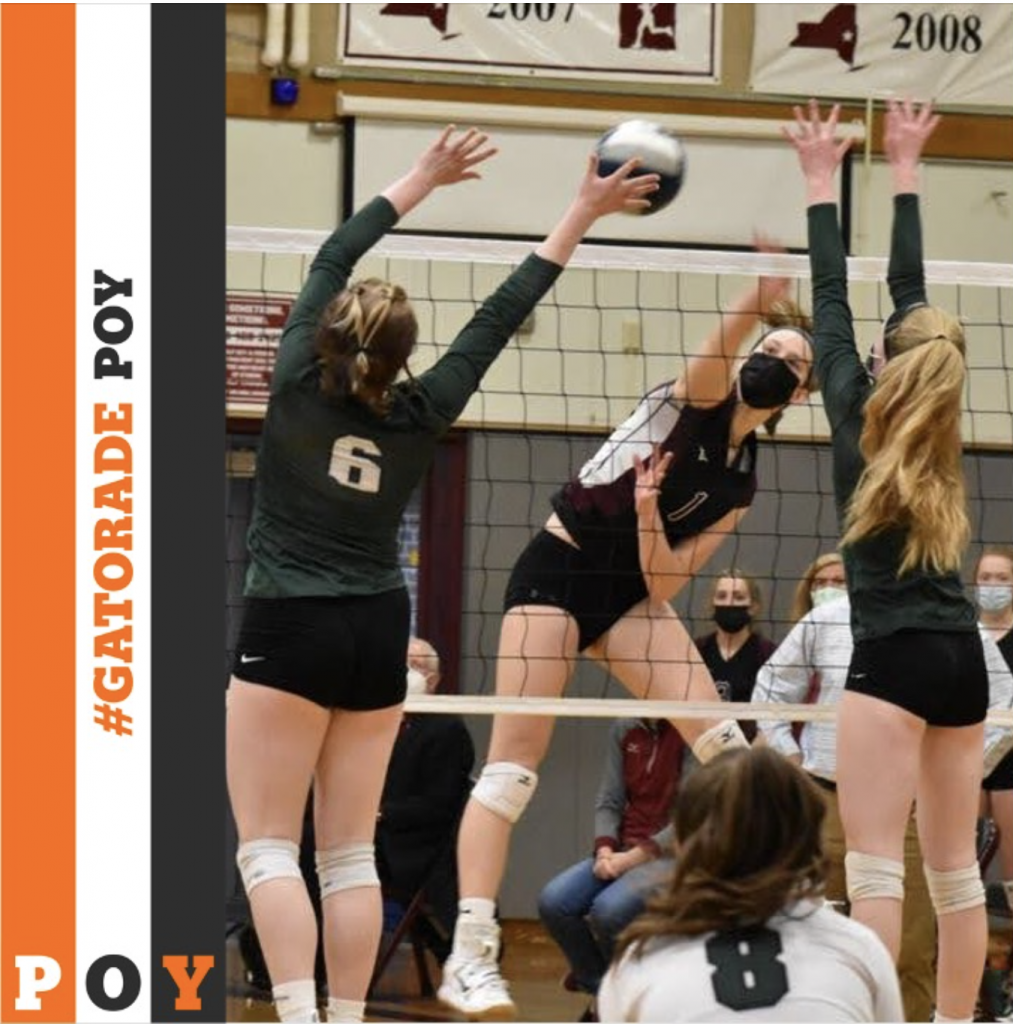 The award, which recognizes not only outstanding athletic excellence, but also high standards of academic achievement and exemplary character demonstrated on and off the field, distinguishes Rzeszotarski as New York’s best high school volleyball player.

The 6-foot-1 junior outside hitter recorded 290 kills, 141 digs and 40 service aces this past season, leading the Spartans to a 20-0 record and the Suburban Council championship. Rzeszotarski also compiled a hitting percentage of .493. A First Team All-State selection, she was the Suburban Council MVP and the Section 2 Player of the Year as well. She led the Spartans to the Class A state championship as a sophomore, earning state tournament MVP honors.

Rzeszotarski has volunteered locally on behalf of a Vacation Bible School and youth sports programs. “I don’t think I’ve seen a better player than Carlie Rzeszotarski in the state during the last 10 years,” said Christina Coons, head coach at Niskayuna High. “She’s developed into a dominant player. Not only is she a go-to hitter in the front row or back row, she’s also the definition of a team player. Her energy is infectious.”

Rzeszotarski has maintained an A average in the classroom. She will begin her senior year of high school this fall.

Through Gatorade’s cause marketing platform “Play it Forward,” Rzeszotarski has the opportunity to award a $1,000 grant to a local or national youth sports organization of their choosing. Rzeszotarski is also eligible to submit a 30- second video explaining why the organization they chose is deserving of one of twelve $10,000 spotlight grants, which will be announced throughout the year. To date, Gatorade Player of the Year winners’ grants have totaled more than $2.7 million across 1,117 organizations.

Since the program’s inception in 1985, Gatorade Player of the Year award recipients have won hundreds of professional and college championships, and many have also turned into pillars in their communities, becoming coaches, business owners and educators.

To learn more about the Gatorade Player of the Year program, check out past winners or to nominate student-athletes, visit playeroftheyear.gatorade.com, on Facebook at facebook.com/GatoradePOY or follow us on Twitter at
twitter.com/Gatorade.