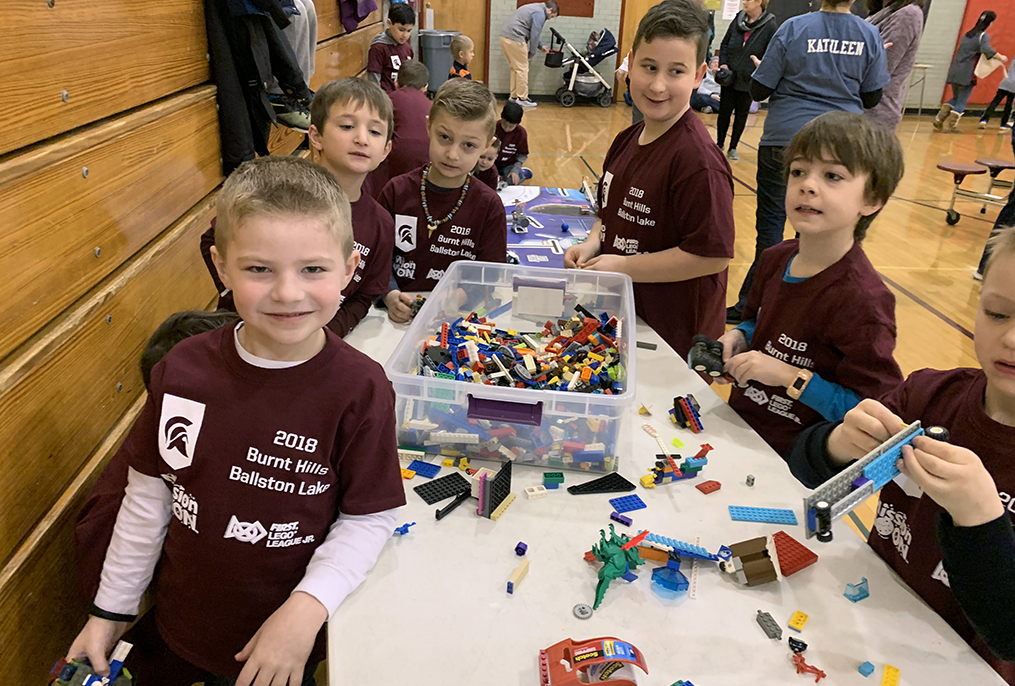 “It is a pleasure to watch students from all grade levels collaborate as they design and build projects to meet specific challenges set forth by the FIRST program,” says Dave Collins BH-BL K-12 Science & Technology Education Supervisor. “Students learn valuable technical and interpersonal skills while demonstrating creativity, grit, teamwork, and most importantly making friendships amd having a lot of fun. It was nice to have a banquet this year where younger students and parents could see the many opportunities available as students progress through BH-BL. It was a great event.”

More photos can be found on the district’s Facebook page.

BH-BL students in grades K-12 participate annually in various levels of robotics programming. Beginning in September and running to the end of January, teams across grade levels design projects and prepare for formal presentation or competition with students from other area schools.

More than 50 students from Charlton Heights, Pashley and Stevens Elementary Schools participate in the Junior Lego League program. Their annual tournament is held at BH-BL in January.

Students in grades 4-8 participate annually in our First Lego League program. The FLL programs culminates in regional competition in December at RPI.

In all, nearly 150 BH-BL students are part of the robotics program!

The High School Robotics “MechaSparatns” completed their season in regional competition at Albany Academy in late January. The team competed all year in the First Tech Challenge in many local scrimmages and traveled as far as Red Hook for competition.