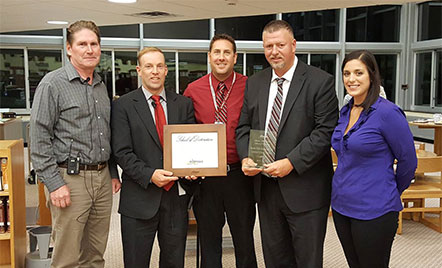 It’s now official! Presenting at the Oct. 4 Board meeting was Kristen Jadin, a representative from the New York State Public High Schools Athletic Association (NYSPHSAA), who congratulated BH-BL HS on being one of only 32 out of 782 public high schools in the state to earn the School of Distinction Award.

The award is given to high schools where all of its varsity teams earn a 90 or greater GPA. “BH-BL should be extremely proud to be earning this prestigious award–and for earning it for the sixth straight year,” says Jadin.