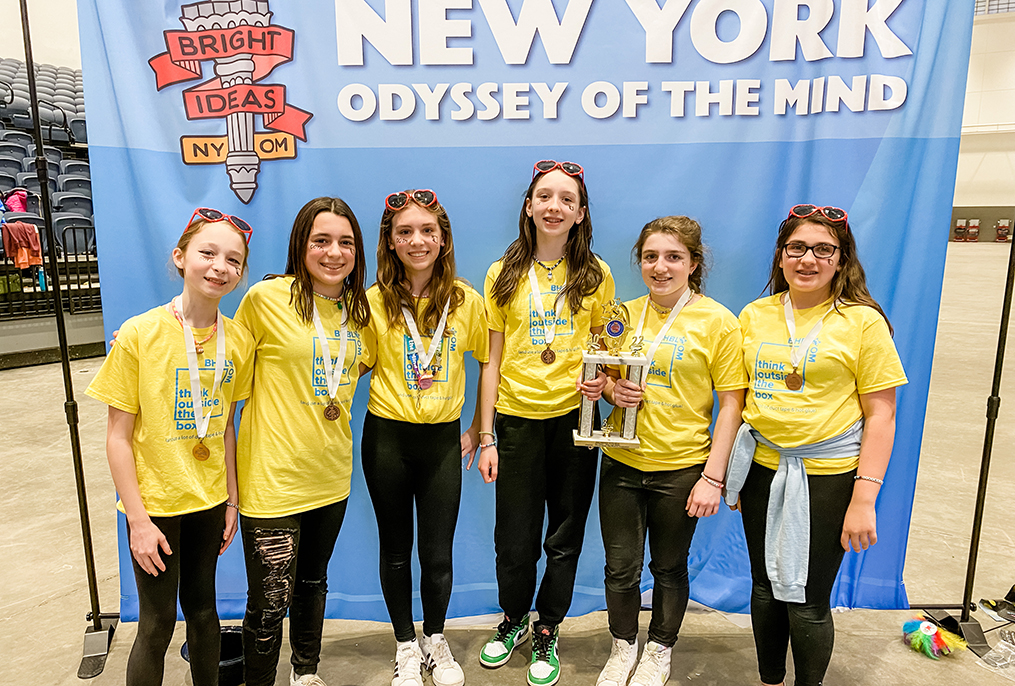 Congratulations to O’Rourke Middle Schools students on the 7th-grade Odyssey of the Mind team Caroline Welsh, Emme Fischer, Lydia Koivula, Lucy Capo, Paige Reyes and Stella Kibler (and their coaches Kodi Kibler and Sara Welsh) for winning third place at the New York State competition held in Syracuse in late March. This big win means the team advances to the Odyssey of the Mind World Finals at Iowa State University May 25-28. 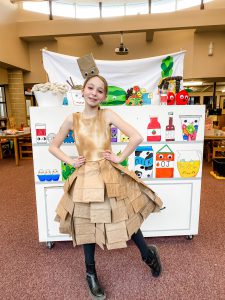 Also at the state competition, team member Stella Kibler received a creativity award (the OMer Award) for outstanding artistic quality of the projects she contributed to and designed for the team’s solution.

Coach Kibler explains that with a focus on women in science and engineering, the team created a musical production set in the early 1900s about inventor Margaret Knight. Three songs with original music and lyrics were created by the team to tell the inventor’s story of perseverance and standing up for herself in a male-dominated field.

“Margaret Knight was 12 years old when she first started inventing and she stood out to us because we are also 12 years old.” said team member Emme Fischer.

Lucy Capo added: “We think she should be better remembered in history because she paved the way for other female inventors by standing up to a man who tried to take credit for her work.”

Odyssey of the Mind is a team-based creative problem solving competition that attracts teams from all over the world. The program incorporates science, technology, engineering, and the arts to teach students the importance of teamwork, problem solving, and creativity.

The team will be fundraising $12,000 to pay for their trip to the competition.