On Wednesday, June 1 the BH-BL Board of Education officially sold the Hostetter Leadership Building/District Offices (located at 50 Cypress Drive in Glenville) to Mekeel Christian Academy, which is a private school operating in the area for nearly 40 years. 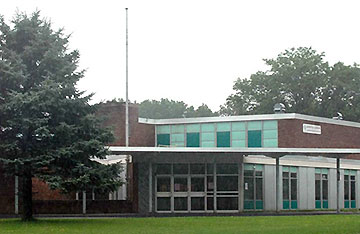 This summer, Mekeel is slated to begin renovating one portion of the building into dorms to house their International student population. They will eventually transform the entire building back into a school that will serve approximately 300-400 students in grades K-12.

“This school building is steeped with tradition,” says Superintendent McGrath. “And our centennial celebrations this school year have reminded us of the great memories held by many former students, teachers and administrators who attended or taught at Glenhaven. When the building re-opens as a school, new traditions will begin and new memories will be made–and we are definitely happy about that.”

Beginning in early July, the offices of the Superintendent, Assistant Superintendent for Curriculum & Instruction, Public Information/Communications and Continuing Education/Community Relations will be temporarily relocated to space within the sixth-grade wing at O’Rourke Middle School. The phone and fax numbers for those offices will remain the same.

In August, the office of the Assistant Superintendent for Support Services, the Business Office (including Payroll, Accounts Payable and Accounts Receivable), Human Resources, and Special Services will be relocated to temporary modular structures housed on O’Rourke Middle School property. The phone and fax numbers for those offices also will remain the same.

In mid June, the BH-BL Board of Education, the Town of Glenville Supervisor and Mekeel Christian Academy leaders will host a Meet & Greet at 50 Cypress Drive to give the BH-BL community an opportunity to meet its new neighbors and welcome them to the area. The specific date and time of the Meet & Greet will be announced on BH-BL’s website.

“We are excited about the acquisition of such a beautiful piece of property and look forward to continuing the long established tradition of education at the Hostetter Building,” says Mekeel’s Head of School Chad Bowman. “The capacity that Glenhaven brings to Mekeel allows us to dramatically increase the value and educational experience that we can provide for our families. We are grateful for the many wonderful interactions we’ve had with the Burnt Hills Ballston Lake Central School District and the Town of Glenville throughout this process. We look forward to continuing those relationships for many years to come.”

If you have additional questions, please contact the appropriate organizations:

“We are looking forward to having Mekeel Christian Academy move into this space,” says Town Supervisor Chris Koetzle. “This property has a long history in our community as a place of education, and Mekeel fits that tradition perfectly.”

The Hostetter Building sits on a parcel of nearly 39 acres of land at the very end of Cypress Drive in Schenectady County. It was built as the district’s fourth elementary school in the 1957-58 school year, when the Capital Region was experiencing a dramatic enrollment growth due to the post World War II baby boom.

During the 1960s BH-BL built additions onto all four elementary schools and both of its secondary schools as it struggled to keep up with the local population growth and new housing developments in the area.

By 1980, however, enrollment had declined significantly, and a fourth elementary school was no longer needed. In the fall of 1981, the district closed Glenhaven Elementary School. It eventually became home to the district offices and was renamed The Hostetter Leadership and Administration Building in 2004 when former Superintendent Dr. Bill Hostetter retired.

For the past 30 years enrollment at BH-BL has remained relatively stable, which makes the need to continue to hold onto a fourth elementary school unnecessary. An ongoing challenge for BH-BL has been that, without children in the building, repairs and renovations to it are not eligible for state building aid. That means local taxpayers have to support 100 percent of the cost of work done at the building rather than the 26 percent share paid for renovations at the school buildings that are currently in use. As such, minimal repairs have been made to the building since 1981 when it was closed as a school building.

Currently, BH-BL is maintaining the entire building but only occupying two wings for district offices. Years ago, the Board of Education decided that it was in the best interest of taxpayers to downsize the district office space by selling the building.

“It no longer makes financial sense to maintain a building in the southwest corner of the district when we know that most housing growth and development will continue to focus on the northern half of our district in Saratoga County,” explains Board of Education President John Blowers.

The school building sold to MCA for $535,000. The sale of the property along with a $1.6 million insurance settlement the district received after the building was flooded in 2008 will be used, as promised, to offset the total cost of BH-BL’s current capital project.

In the long run, the sale of the building results in an overall cost savings because the district won’t have to pay for utilities (heat and electricity) and will be able to reallocate the time spent on mowing the fields, cleaning the building and plowing the parking lots to other BH-BL buildings.